Everybody in the newspaper business needs to read and think hard about Justin Ellis' Nieman Lab post mortem of the American Press Institute's Newspaper Next project from 2006.

Then ask yourself: Why are you still thinking about it as the "newspaper" business? Because that means you weren't paying enough attention.

Newspaper Next had its flaws, principally that it didn't go far enough in its "blueprint for transformation." (At the time, Jeff Jarvis correctly carped, "the project seems to be trying to move a big, old barge five degrees when we need to blow up the barge and pick up the pieces and build new boats.") But it still was a manifesto for change in a hidebound industry that was—and sadly, still is—staunchly resisting transformation.

As Ellis notes, even Newspaper Next's fairly timid recommendations had limited effect, further blunted by what he describes as newspapers' "near-extinction level event in 2008" (I wasn't aware it was limited to 2008—it's still going on!). The industry's dire financial problems and the massive staff cuts that followed choked off just about any of the kind of creative thinking about new products that Newspaper Next recommended.

As a result, five years on, newspapers haven't taken the kind of bold steps that Newspaper Next—much less bolder visionaries like Jarvis—prescribed for them. There's been a lot of talk, and too little action by an industry still gripped by fear of change, multiplied by unprecedented financial woes. The newspaper of 2011 isn't really radically different from the newspaper of 2006. Just thinner. Meantime, rivals like Facebook, Twitter, Groupon and the mobile revolution portended by the iPhone have flourished in the same period. At best, newspapers are playing catch-up—from farther and farther behind.

Worse, there have been unfortunate rollbacks of the sorts of interesting projects that Newspaper Next advocated, like Gannett's idiotic and ham-handed snuffing of the once-excellent MomsLikeMe initiative a couple weeks ago. John Paton, with his Digital First initiative at Journal Register and now the MediaNews properties, is doing by far the most interesting work in the field, but its results remain to be seen, and it feels too little too late. The time to act was long before Newspaper Next's 2006 manifesto.

Steve Buttry, part of Paton's Digital First team and an architect of Newspaper Next, has his own reflections on the project's legacy; he's disappointed, too. You should also read James Rainey's LA Times' analysis of the Philadelphia Inquirer's ill-fated effort to sell its own custom tablet, which on one hand is the sort of bold move Newspaper Next might have been applauded, but on the other hand was so ill-timed and botched that it just looks boneheaded. ZDNet's "How Not to Launch a Custom Tablet" story sums up the Philly fiasco nicely.

Newspapers, as Jarvis said five years ago (and before), don't need small experiments and test projects and niche products. They need rethinking from the ground up, with every single facet of the product and business severely questioned and cold-bloodedly scrapped if they're found wanting, with creative new products and approaches put in their place. Do you need every single feature you're stuffing into the paper? Do you need to print every day of the week? Are you selling to the right advertisers? Are your readers moving inexorably to the Web while you're still stubbornly trying to keep them on a printed product? (Hint: yes) These are all fundamental, foundational questions that newspaper managements need to be asking themselves (and their advertisers and readers), then truly listening to the answers and acting on them. That's what Newspaper Next, at its heart, was trying to encourage.

Jarvis was right five years ago, and he's even more right today: Blow up the barge. Build new boats.

I'll double down on what I said at the beginning: Still think you're in the "newspaper" business? Then you're part of the problem. 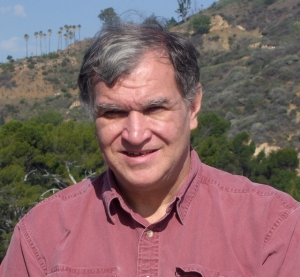