There's a fascinating piece of data visualization here, done by a group of Stanford researchers, tracing the rise of the American newspaper, and its march west, beginning in 1690. The visualization, which plots 140,000 U.S. newspapers, continues through today, so you can see the number of papers diminishing, as well, over the past couple of decades. 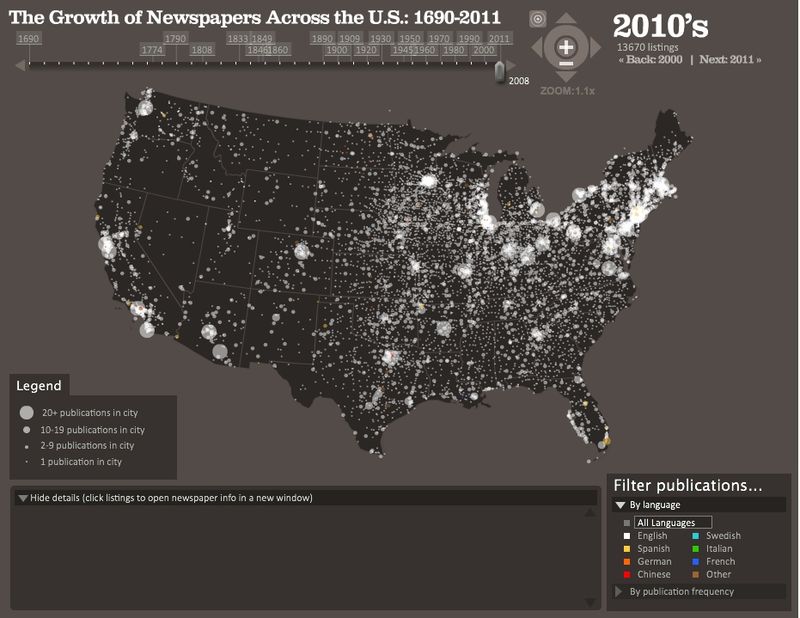 Good stuff, and sort of reminiscent of the animated map tracing the rise and fall of Charles Foster Kane's media empire in the fictional "News on the March" newsreel in Citizen Kane (at the 2:30 and 7:10 mark, but watch the whole thing, because it's great cinema!).